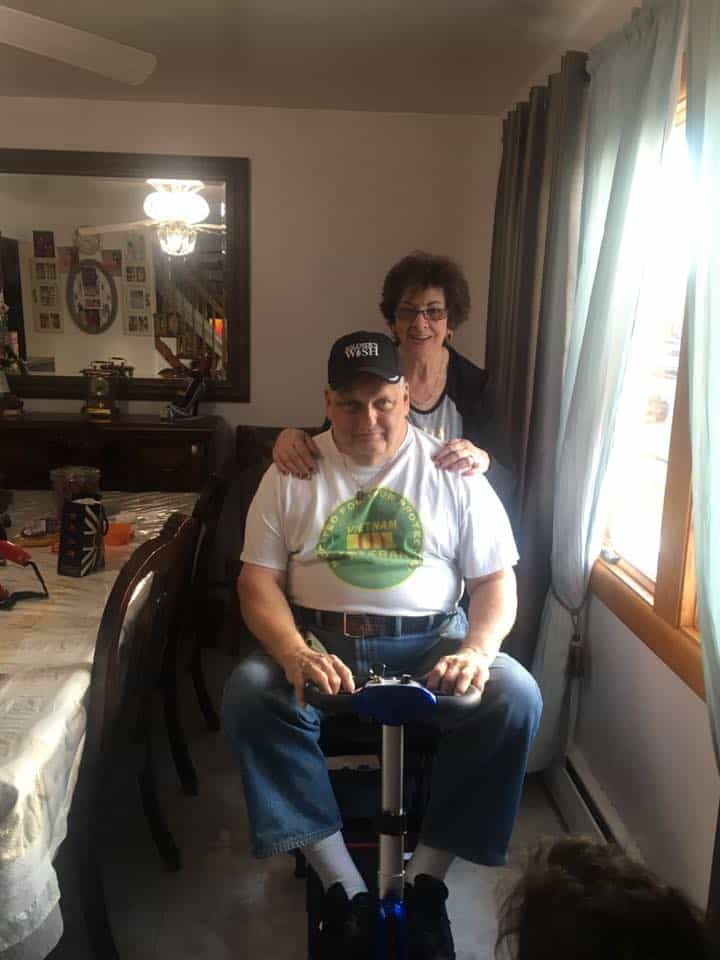 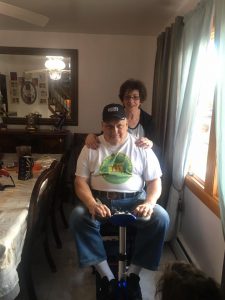 Soldier’s Wish is on the move again in Staten Island, NY. Ambassador Diane Gerber granted a Wish to Vito Giobbie. Vito is a retired Army and served in Vietnam with the Big Red One. Vito was nominated by his wife Lucy for his scooter. Vito served in Vietnam until he was injured. As years passed he suffered through many surgeries all due to his exposure to Agent Orange. Due to continuous falls and major neck surgery, his wife turned to Soldiers Wish for help in getting his scooter. It was a total surprise to Vito which made the Wish even more fun. We couldn’t do the Wish outside because the weather was too cold! Vito, thank you for your service to our great nation and Welcome Home.