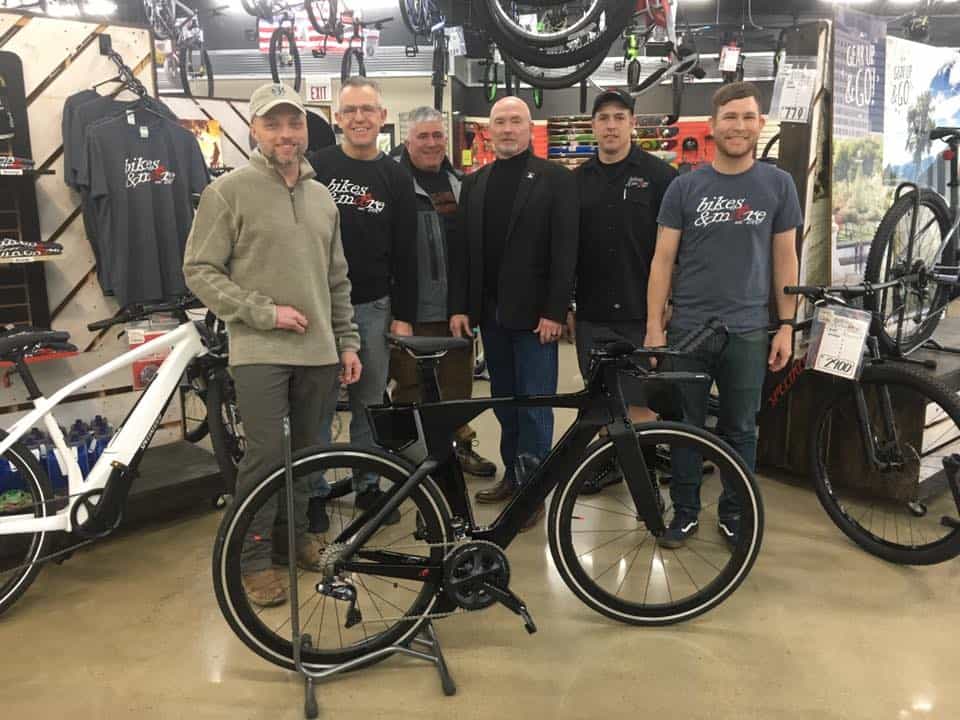 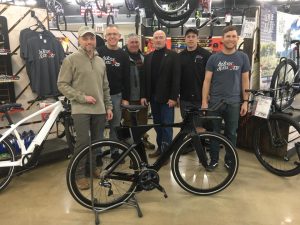 Soldier’s Wish is on the move again. Soldier’s Wish received a benevolent request from the United States Special Operations Command Care Coalition located at MacDill Air Force Base in Tampa, Florida. This request was on behalf of SFC (R) Stephen Loehr. Stephen is a wounded Special Operations Veteran who was medically retired from the Army due to wounds received in combat. Loehr’s last injury he received was severe enough that he had to be medically retired. As a result of his wounds, he had to have half of his right hand removed. Due to the nerve damage and sensitivity in his hand and arm, the bike was set-up so he could rest his forearms on the bike and not have to steer with his hands. Loehr is a competitor and does not give up. He knew he had to stay in shape to help with his injuries. He now competes in triathlons and desperately needed a road bike for competition. Soldier’s Wish stepped in to assist this Hero with his request from the Care Coalition. On 10 Jan 2019, Soldier’s Wish, with the help of the “Names Family Foundation” and in conjunction with the “Bikes and Moore” bicycle shop in Hopkinsville, Kentucky, a High Speed-Low Drag bike was Wished to SFC (R) Loehr. The bike looked like it was going 60 miles an hour standing still.

Steve, thank you for your service to our great nation and along with the “Names Family Foundation,” we hope the best for you in your competitions.

Special thanks to Tim Moore, Owner, Bennie J., Jimmy L., and the many others in the shop and to a great friend of mine for attending, CW4 (R) Chuck G. and his wife Darlene.
L-R. Stephen, Tim Moore (Owner), Chuck, Mark, Jimmy, Bennie. Darlene took the pictures.