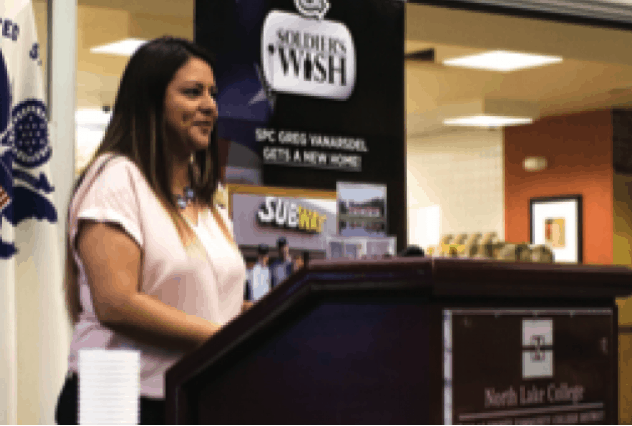 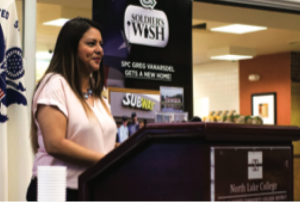 Maribel Cruz enlisted in the U.S. Navy immediately following graduation from high school. She received orders to the U.S.S. Cole, a Guided-Missile Destroyer that had recently been attacked and where 17 brave soldiers had lost their lives. She also served in several countries around the world, including Italy, France, Spain, Turkey, and Crete.

When she finished her four year enlistment, she moved back to Dallas to work as a medical assistant. Her career inspired her to return to school to get a higher education. She is now attending the University of Texas in Arlington and is majoring in spanish.

Soldier’s Wish and Subway gifted this brave young soldier with a new laptop computer to help her with her studies. We are proud to be able to help a young woman who has done so much for us!