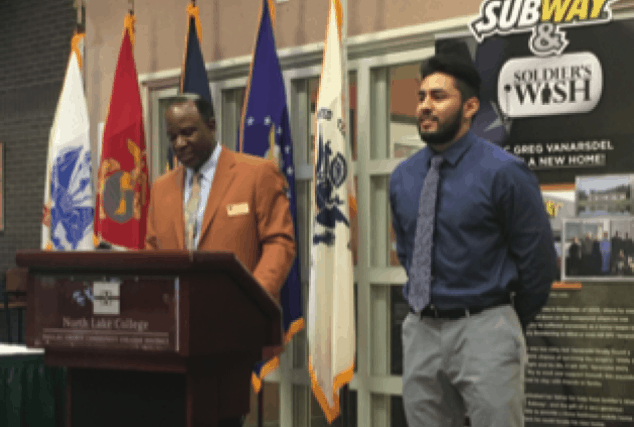 Andrew Casillas served in the United States Navy for four years. He served as an Operations Specialist on board the USS Normandy at the Naval Station in Norfolk, Virginia. He played a vital role as the Surface Radar Coordinator in the Baltic Operations and Frank, UK, and U.S. missions. After he served four years, he decided to pursue a degree in computer engineering. He earned his Associates of Science in Liberal Science from North Lake College in 2016. He is a good student and has maintained a 3.84 GPA and is a member of Phi Theta Kappa. He has also received several scholarships. He is hoping to continue his education, but such a challenging degree without a computer would be nearly impossible. Soldier’s Wish and Subway helped this young scholar out by providing him with a new laptop. With his new high speed computer, he will surely thrive in his studies.  ... 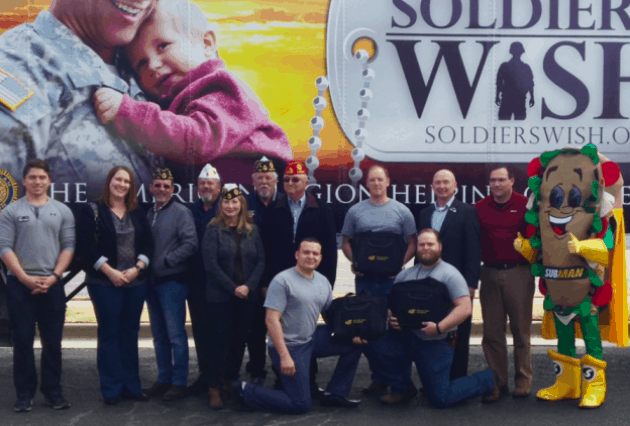 Michael Bearth is a Marine Corps veteran and received accolades from his command as a Battalion Maintenance Management Chief. After serving in the military, he returned to university to pursue his dreams of becoming an engineer. He works hard in Mechanical Engineering with a minor in Mathematics.  His goals were threatened when his laptop computer broke, as a computer is essential for an engineer. He attempted to save money on repair costs by fixing it himself. Unfortunately, his efforts were for naught, and the computer was beyond repair. Since he had limited funds for his schooling, replacing it was not an option. Soldier’s Wish and Subway provided this hardworking soldier with a new computer for his studies. His financial burdens should not stop him from achieving his goals after he has sacrificed so much for our country.  ... 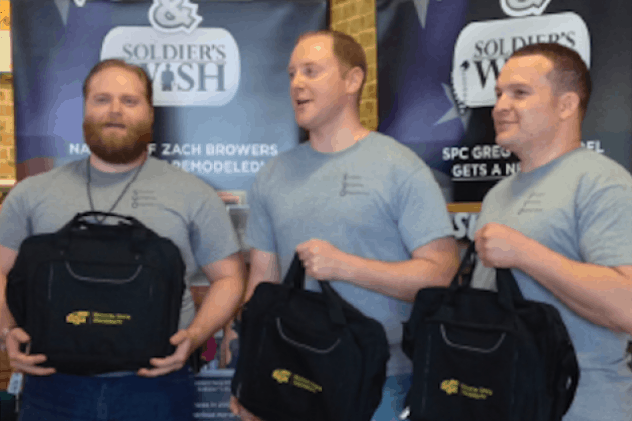 Jared Smith serves his country as a combat medic in the Army Reserves. He is also a husband, father of four young children, and a full-time student at Wichita State University. He is also the President of the Student Veteran Organization. Jared is excelling as a pre-med student and is almost finished with a bachelor’s degree in chemistry. When Jared’s wife was in the hospital having their fourth child, Jared’s backpack was left on the kitchen counter and then accidentally pushed onto the stovetop.  One of his children turned on the stovetop. Fortunately, there was no fire. However, Jared’s backpack and the laptop inside didn’t survive. Purchasing a new laptop just wasn’t a financial possibility for the young family. Thankfully, Soldier’s Wish and Subway partnered to provide Jared with a new laptop. Now he can finish his final year in school without the worry of a financial burden. His hard work and sacrifice are appreciated by us all.  ... 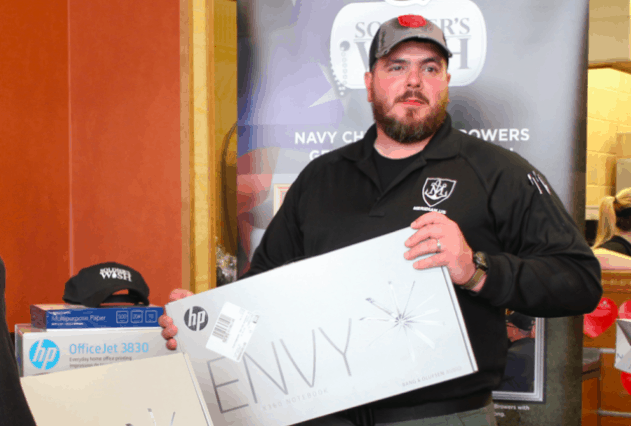 Mike Witherwax has served a Marine. He is also a student at McNeese State University in Lake Charles, Louisiana. He is dedicated to his schooling and his education. Unfortunately for Witherwax, his computer broke. His computer was the way that he completed his school work, and without it, his studies would have been very difficult—if not impossible—to accomplish.  Soldier’s Wish and Subway stepped in to provide this soldier with a new computer so that he can do his studies. Now he is back on track. We thank Witherwax for his service and wish him well in his educational pursuits.  ... 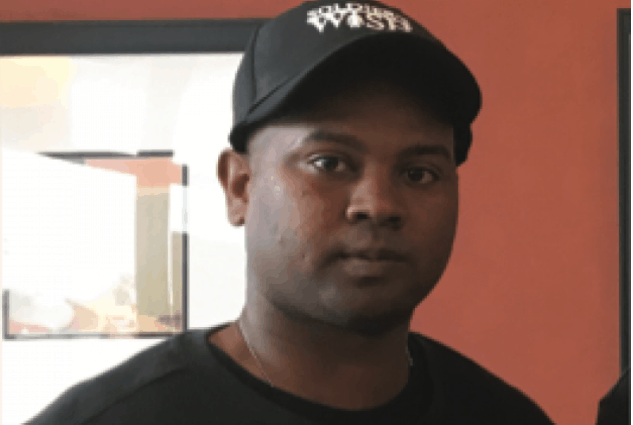 Keeland Joubert serves his country as a National Guardsman in Louisiana. He is also a student at McNeese State University. He was recommended to Soldier’s Wish by The American Legion. His education is top priority in his life. Earlier this year, Joubert’s computer broke. Financially speaking, it would be impossible for him to replace the computer that is so vital to his studies. He was left without help and facing a daunting educational future. Fortunately for this soldier, Soldier’s Wish and Subway stepped in to help. We provided him with a new computer for his studies, and now he is equipped to succeed. Thank you to this soldier for his service. We wish you well with your future!  ... 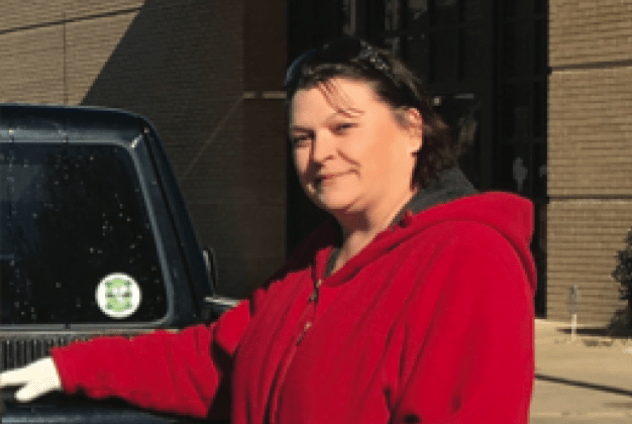 Becky Drown is a Gold Star Mother. Her son was killed in the Marines in 2016 when two military helicopters flew into each other off the coast of Hawaii. She had her son’s truck to remember him by, and she was devastated when it started having problems. She needed the truck to drive to Oklahoma City to fill out paperwork for a new job, but the truck’s heat wouldn’t work in the middle of winter. Soldier’s Wish stepped in and partnered this grieving mother with Bill Knight Ford to fix the truck. They were so touched by the story that they agreed to do it at a very discounted price, and Soldier’s Wish gladly covered the remaining amount. This mother gave the ultimate sacrifice to our country, and we are so proud to be able to help.  ... 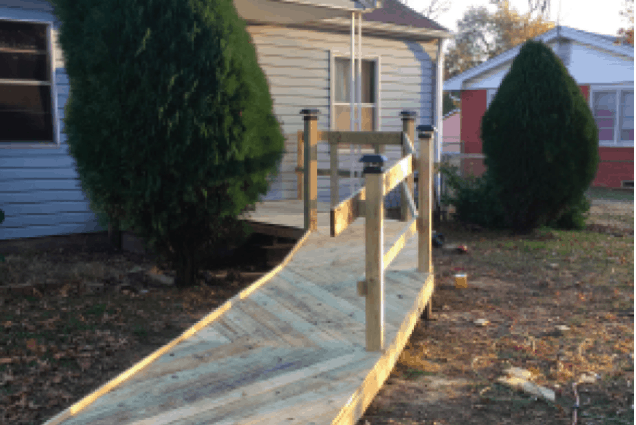 Lynn Davis served as a Marine during the Vietnam War. He now lives in Pryor, Oklahoma and has limited mobility and is bound to a wheelchair. Mr. Davis was referred to us by Senator James Lankford’s office. Mr. Davis was a stroke victim, and was facing problems of not being able to leave or enter his house due to a lack of wheelchair ramps.  Soldier’s Wish invited this brave man to our annual Steak and Cigar Dinner to recognize him and to also present him with the gift of ramps for his new home. We helped raise money to pay contractors to build three ramps in his house. We thank Mr. Davis for his service to our country.  ... 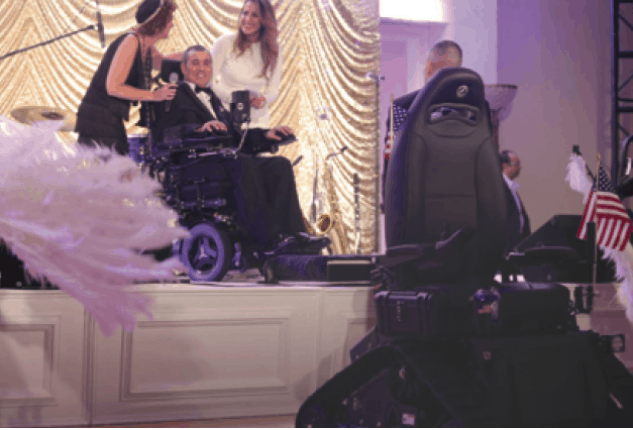 In 2008, Romy Camargo and his squad mates in the 7th Special Forces Group were ambushed in Afghanistan. Chief Warrant Officer 3 Camargo was hit in the neck by a bullet, leaving him completely paralyzed. His extensive injuries required multiple surgeries, and even after Romy began his recovery, doctors did not expect him to be able to breathe on his own. Never one to give up, CWO Camargo attacked his rehab with the warrior spirit he demonstrated on the battlefield. Today, in addition to being off the ventilator and moving on with his life, he and his wife have started an organization working with other paralyzed and injured veterans to overcome the injuries they have suffered. Soldier’s Wish found out that CWO Camargo had borrowed a track chair and used it for a few days and really enjoyed it. But because of his paralysis, he was not able to operate the controls. Instead, he had his young son sit in his lap and steer.  We provided Romy with a specially modified track chair that will allow him to steer by moving his head. This will allow him to once again go to the beach with his family and take back control of an important part of his life. The many friends of Soldier’s Wish made it possible for us to honor this Hero in this special way.  ... 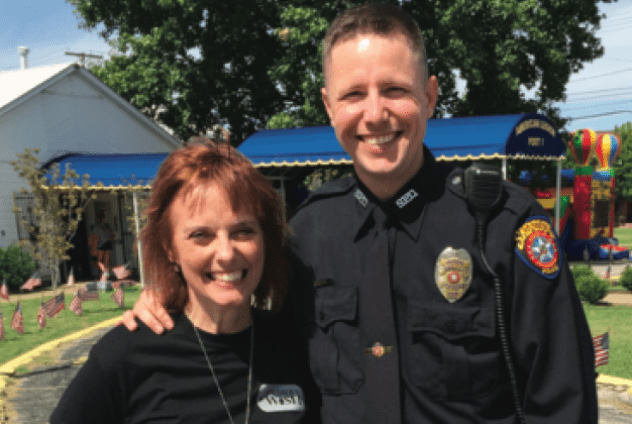 Officer Hank Guilfoyle served in the USMC from 2002-2006. In 2010, he joined the Skiatook Police Department and graduated from the CLEET Basic Academy in March 2011. Hank Guilfoyle was nominated for a wish by a beneficiary of his kindness. Late on night, Office Guilfoyle happened upon the scene where a vehicle was disabled due to a blown tire. his heart for helping others was discovered that night. Hank continues to serve as he is starting a program to take disabled veterans on turkey hunts to give them back joy that has been taken from them due to various circumstances. Soldier's Wish honored Hero Hank Guilfoyle for National "Thank a Police Officer Day," as well as his service for our country in the U.S. Marines.  ... 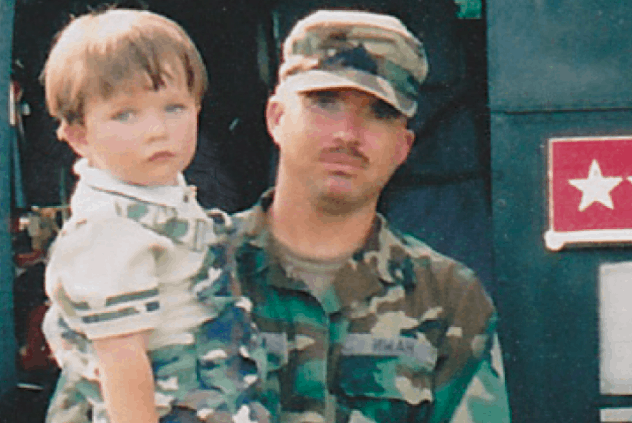 Like many young boys whose father serves in the military, Spencer looked up to his dad a great deal.  He wanted to be just like him. When his dad, Asbury F. Hawn, deployed to Afghanistan, Spencer waited every day for his father to return.  But Spencer’s dad didn’t come home. One awful day his mother had to sit down with her son and explain to him that his Daddy had given his life in the service of his country and was never coming home. As time passed, Spencer became more withdrawn and coping with his father’s loss was more difficult. Because Spencer had dreamed of visiting Legoland with his father, his mom contacted Soldier’s Wish and requested our help.  Soldier’s Wish is proud to help the family of one of our fallen heroes by taking Spencer and his brother, Jonathan, on a trip to get them out of their normal environment and help with the healing process.  ...